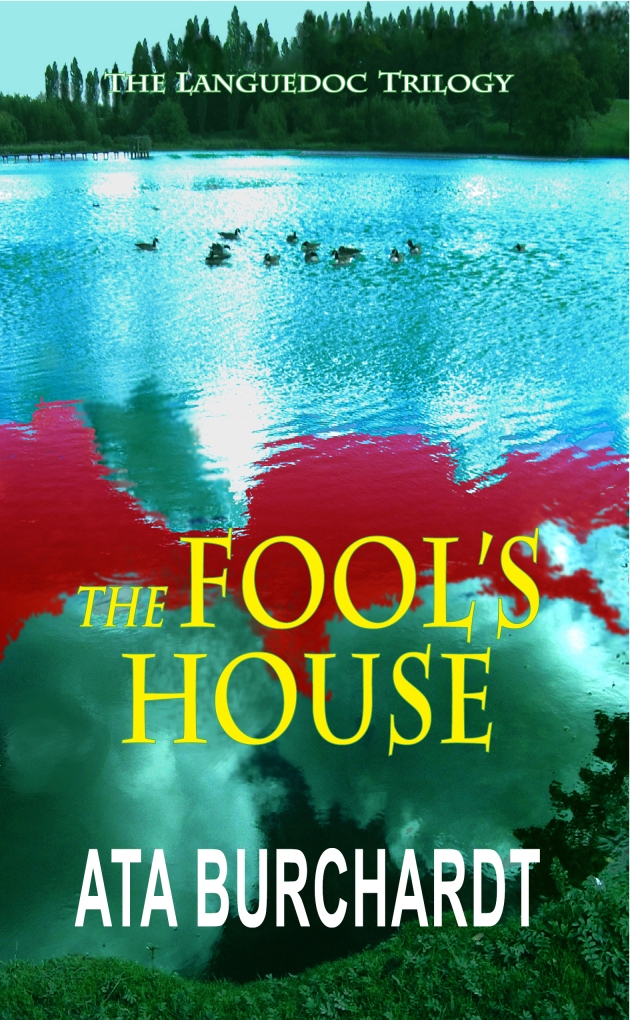 I’d be grateful for reviews on Amazon, if you enjoy the book.

THE FOOL’S HOUSE takes place in and around the villages of Noirlac and Sainte Colombe. An imploding relationship, reckless emotional choices which shatter three lives within days, and the past, which it turns out, is never just history, neither for the novel’s central characters nor for the rural southern French population.

STORY OUTLINE: – When ageing, eccentric Augusto, an former professor, invites Léa and Sam to his Languedoc chateau, they unwittingly become entangled in the tragic web of his disintegrating life. The sudden disappearance of both Augusto’s wife, as well as that of his maid, point to the death, or perhaps to the murder of one or both of the women.

Pablo, Augusto’s New York based heir, the mentally disturbed son of the previous chateau owner, a mongrel obsessed with digging up the lake’s shore and the scheming village café owner all play their part in peeling away the layers of the violent break-up of a relationship. Léa’s discovery of the grim history of the great house and Augusto’s descent into insanity spell danger for her, but she is driven by only one question – is history repeating itself?